Three Days to Never: A Novel 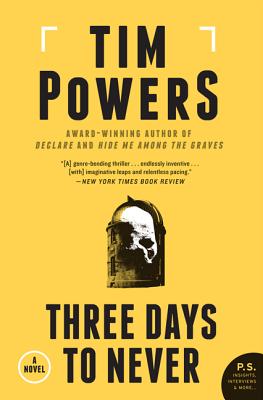 Three Days to Never: A Novel

A young tween and her college professor father must quickly unveil the mystery of a potential weapon more deadly than an atomic bomb or our world—past, present, and future will be destroyed.

In this edition that includes additional insights from the author, background material, suggestions for further reading. and more, Tim Powers offers readers a suspenseful, intricate plot with an captivating narrative that includes not only lessons in history and science, but on human nature, too.

Tim Powers is the author of numerous novels including Hide Me Among the Graves, Three Days to Never, Declare, Last Call, and On Stranger Tides, which inspired the feature film Pirates of the Caribbean: On Stranger Tides. He has won the Philip K. Dick Memorial Award twice, and the World Fantasy Award three times. He lives in San Bernardino, California.