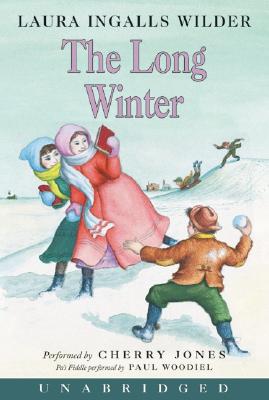 The adventures of Laura Ingalls and her family continue as Pa, Ma, Laura, Mary, Carrie, and little Grace bravely face the hard winter of 1880-81 in their little house in the Dakota Territory. Blizzards cover the little town with snow, cutting off all supplies from the outside. Soon there is almost no food left, so young Almanzo Wilder and a friend make a dangerous trip across the prairie to find some wheat. Finally a joyous Christmas is celebrated in a very unusual way in this most exciting of all the Little House books.

Cherry Jones won the Tony® Award for best actress for both The Heiress and Doubt, and received two Tony® nominations for her work in A Moon for the Misbegotten and Our Country's Good; she can be seen in the films The Perfect Storm, Erin Brockovich, The Divine Secrets of the Ya-Ya Sisterhood, and Cold Mountain.