Murder at the Museum 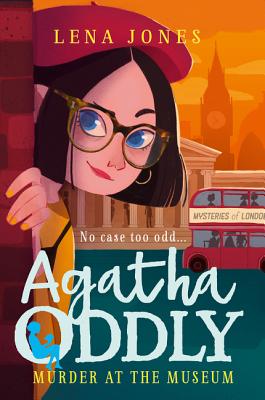 Murder at the Museum

A second mystery for thirteen-year-old Agatha Oddly - a bold, determined heroine, and the star of this stylish new detective series.

Agatha Oddlow's set to become the youngest member of the Gatekeepers' Guild, but before that, she's got a mystery to solve

There's been a murder at the British Museum and, although the police are investigating, Agatha suspects that they're missing a wider plot going on below London - a plot involving a disused Tube station, a huge fireworks display, and five thousand tonnes of gold bullion...

HarperCollins and Tibor Jones - a new boutique packager - have developed the series with a talented team of new writers, who work collaboratively with a creative and dynamic approach echoing the TV script writing model. Agatha Oddly will be published under the fictional author name Lena Jones.